Hardware devices are used to transmit a wireless signal to create or extend a network range. Works on multiple protocols and various speeds depending on the type.

Hardware that is added to your computer to add functionality, such as a Network adapter or Display adapter. Uses many types of interfaces and could refer to anything that connects to your pc.

Software that gets installed on your computer (not always with your knowledge) and tracks information about your internet habits, using that data to request pop-ups redirect your internet browsing.

Software that is a list of known “bad” programs that can attack your computer causing permanent damage, the software is only as effective as up-to-date the list is, making updates essential.

The program is used to view web pages, by “translating” HTML code into images, text, and links to display internet pages. Examples are Internet Explorer, Mozilla, Opera, or Netscape.

In terms of internet connection, Cable is using the cable company’s infrastructure to bring data from the internet to your home, typically shared between a regional group of subscribers.

Software that is used to configure wireless communications between two devices. Controls encryption and authentication settings. Windows XP has built-in software for these other operating systems that require a simple install.

Dynamic Host Control Protocol is the technology used to automatically assign IP addresses to all the computers on a network and make sure each one is different. Usually set to automatic on a home network, unless you need a static address that never changes.

Domain Name System is the technology used on the internet to change a computer’s IP address into an alphabet name, which makes them easier to understand and remember. This is almost always set to automatic for a home network.

Digital Subscriber Line is a form of high-speed internet that uses the phone company’s existing phone lines that come into your home. Usually has several different speeds to choose from, but is an older type of connection and can be less reliable.

In terms of this website, ethernet refers to the technology used to connect PCs to one another using CAT-5 cabling and network cards; or a wired connection.

A feature built into Windows operating systems that allows resources such as Files or Printers to be shared on a network between different PCs. A file that is stored on one computer can be accessed from another computer.

Software that runs in the background on your pc and controls which applications can access the internet. Without a firewall, spyware and viruses can attempt to connect without your knowledge.

Usually, a hardware device represents the computer’s connection to the internet. Or the last device that connects to outside your home network; Also known as a Default Gateway.

The technology is used to create a computer network by sending data through the existing telephone wiring in your home’s walls. An older technology that is not as reliable or fast as other choices.

A hardware device is used to expand the number of ethernet connections available, not a “smart” device such as a switch or router; so it will not make decisions on network traffic, it will only broadcast data on all ports.

Similar to the address for a house, it’s used to determine which computer is which. All devices on a network have an address in the form of 4 numbers separated by dots; such as 192.168.1.5 which is an example of a private address used for home networking.

Internet Service Provider is the company you pay for your internet connection, can be a Telephone, Cable or others. The ISP can determine what speed you connect at based on what they charge.

Local Area Network is a common term in the networking world used to describe a small “local” network of computers. Used as a way to segment larger networks geographically and define smaller sections of networks.

Hardware devices used to change take the information from the internet and convert it into something a computer can understand and use. Modem stands for modulator/demodulator because it changes data so that it can be “carried” across the network and changes it back again at the next modem.

Otherwise referred to as a NIC, this is an expansion card you insert into your computer in order to give it away to connect to a network, could be an Ethernet card with an RJ-45 connection, or could be a wireless card, or an HPNA card the most common type is a PCI card with an Ethernet connection.

Peripheral Component Interconnect is one of the most common types of connections on your motherboard, for adding internal devices. PCI adapters/cards can be used to connect networking devices, additional ports, sound cards, and some older video cards.

Also Known As-PC Card Personal Computer Memory Card International Association is the term for the connection that laptops use to interface/communicate with add-on cards that slide into the slots on the side; such as network adapters, modems, hard drives, or memory. PCMCIA comes in three different sizes: Types I, II, and III.

A Hardware device that acts as the “conductor” of a network, directing all traffic as to where it should be going by using information such as TCP/IP addresses. The router is usually the device that assigns each network device its address and is responsible for your wireless security, based on its configurations.
Facebook
Twitter
Pinterest
WhatsApp 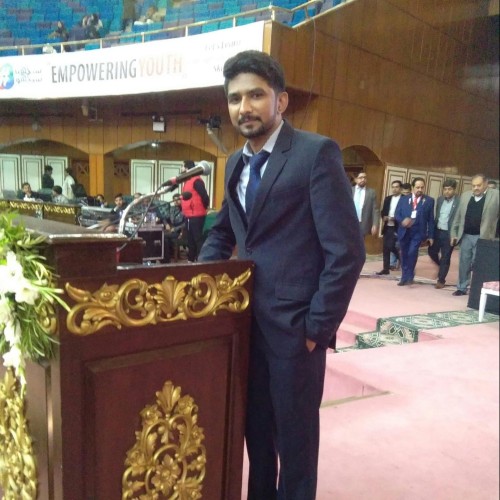 How to create Slide to Shut down Shortcut Icon

What Is Cloud Computing In Layman Language?

Technical Guru is for sharing our knowledge with other people how want to know about technologies trends. We talk about in this site online money making, Freelancing , Marketing , Affiliate Marketing or Business for Beginners.